About
Robert Mapplethorpe was a controversial photographer in the 70s and 80s. His work brought the public’s attention to federal funding of artistic projects that are considered inappropriate or obscene.

His career and personal life was characterized by inherent dualities. He was raised in a strict Catholic household but grew up to be heavily involved in photographing the underground BDSM scene of the mid 70s. In the 80's, his interests drastically shifted to high art photography where his models became sculptures and flowers. Hence, the name for our exhibit is ‘Contra - Robert Mapplethorpe: Part Altar Boy, Part Leather Bar. A high contrast font was chosen as he liked to stand out. To represent his duality, we utilized black bars on white as graphic elements and color scheme. We also used red as an accent color to represent the explicit and ostentatious qualities of Mapplethorpe and his work.
Roles
Concept
Design
Interactive Design
User Experience 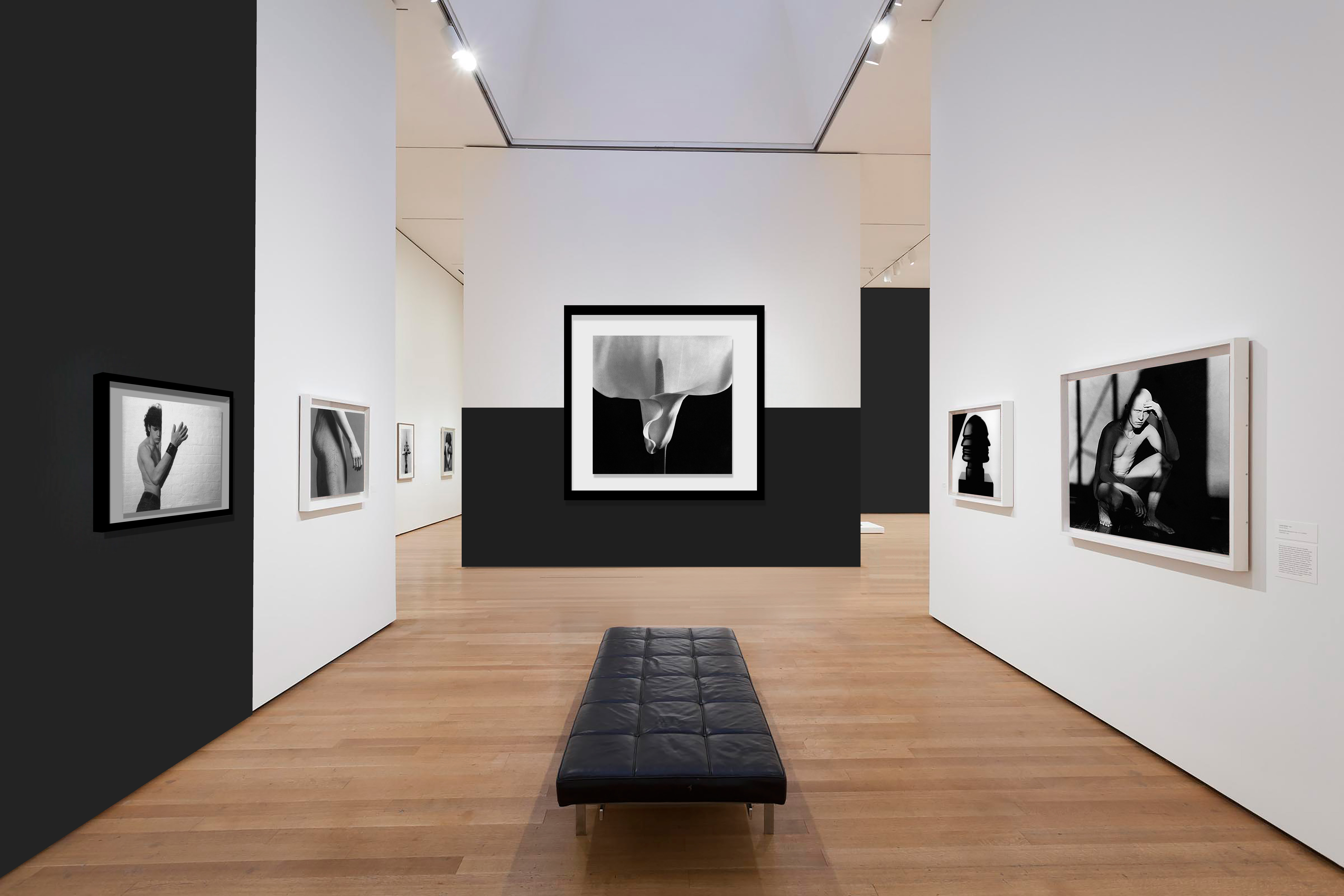 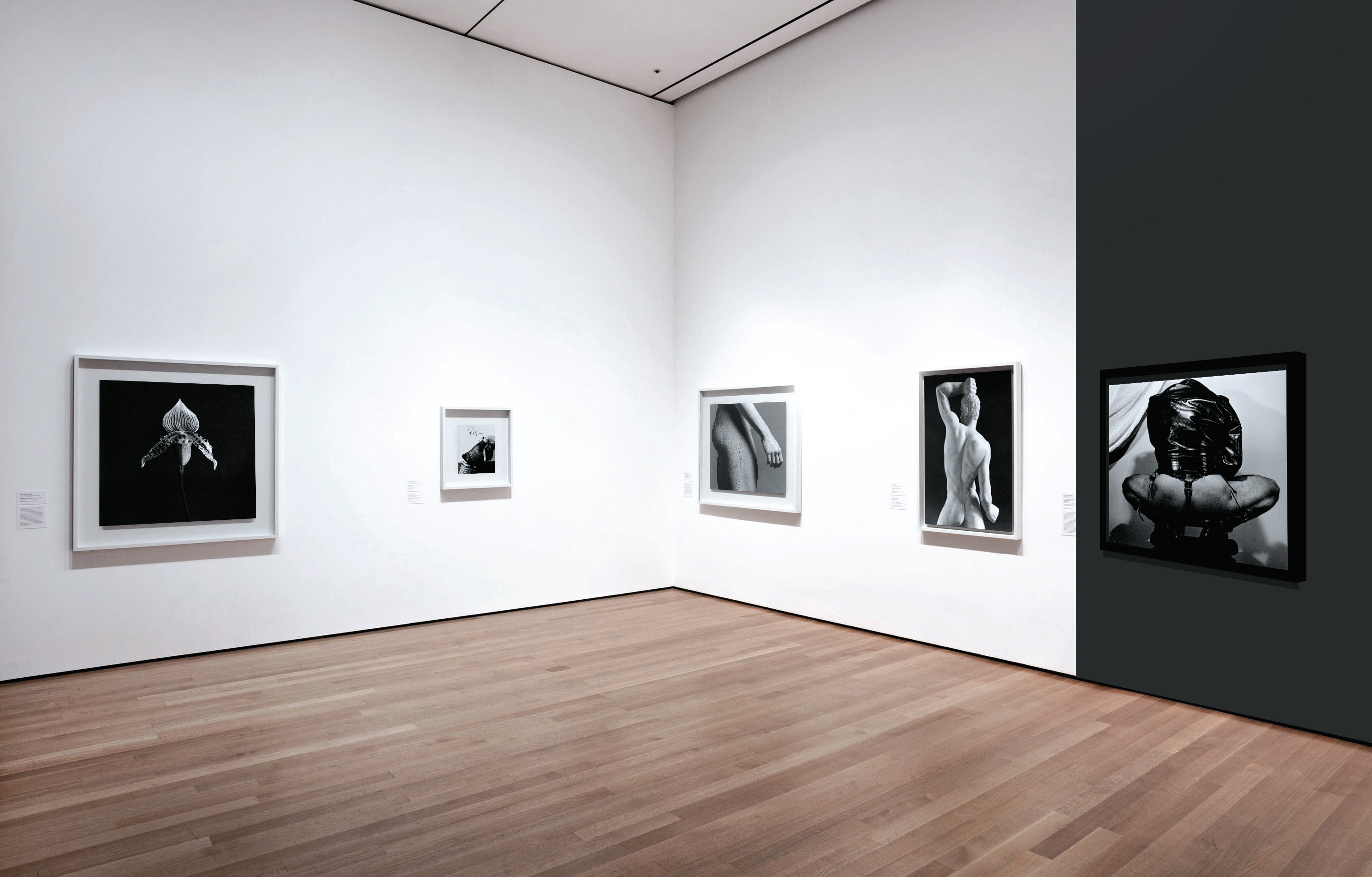 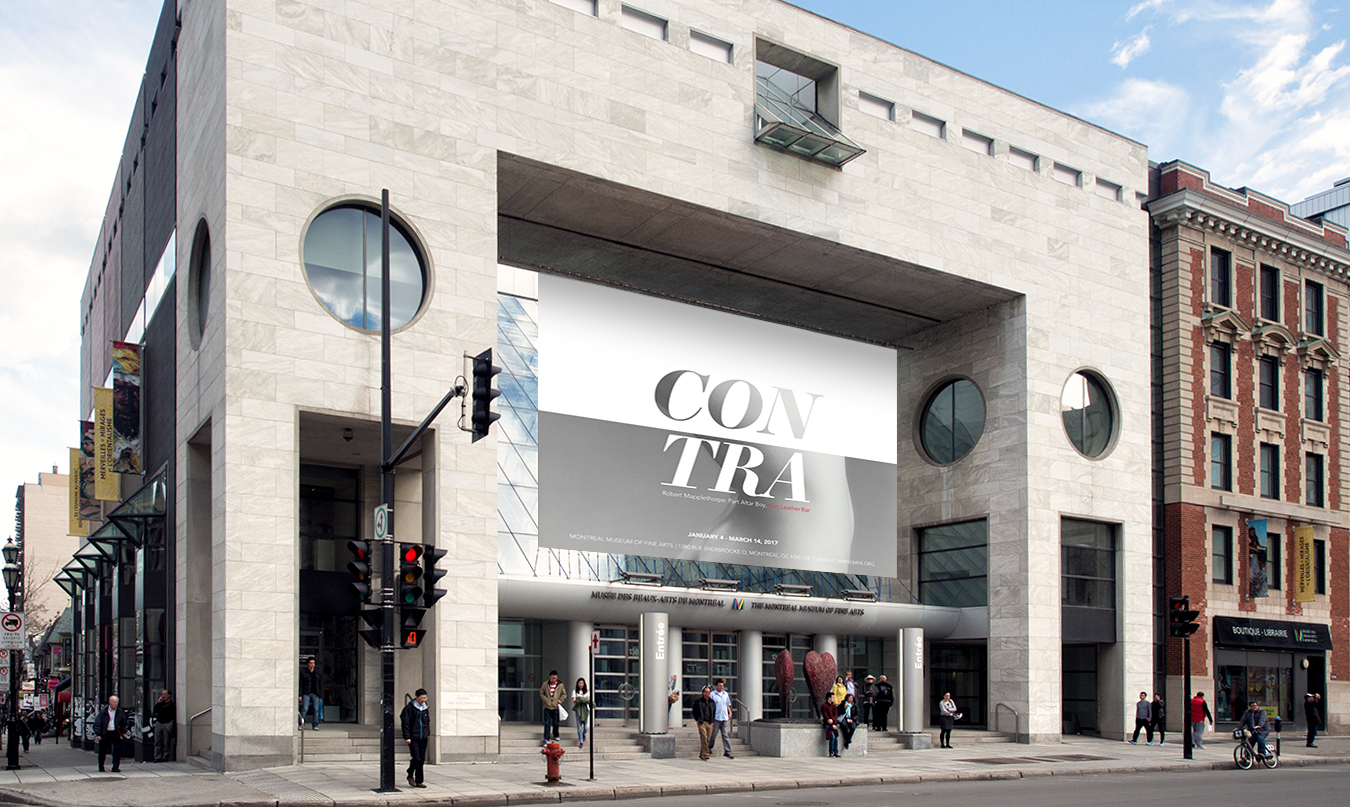 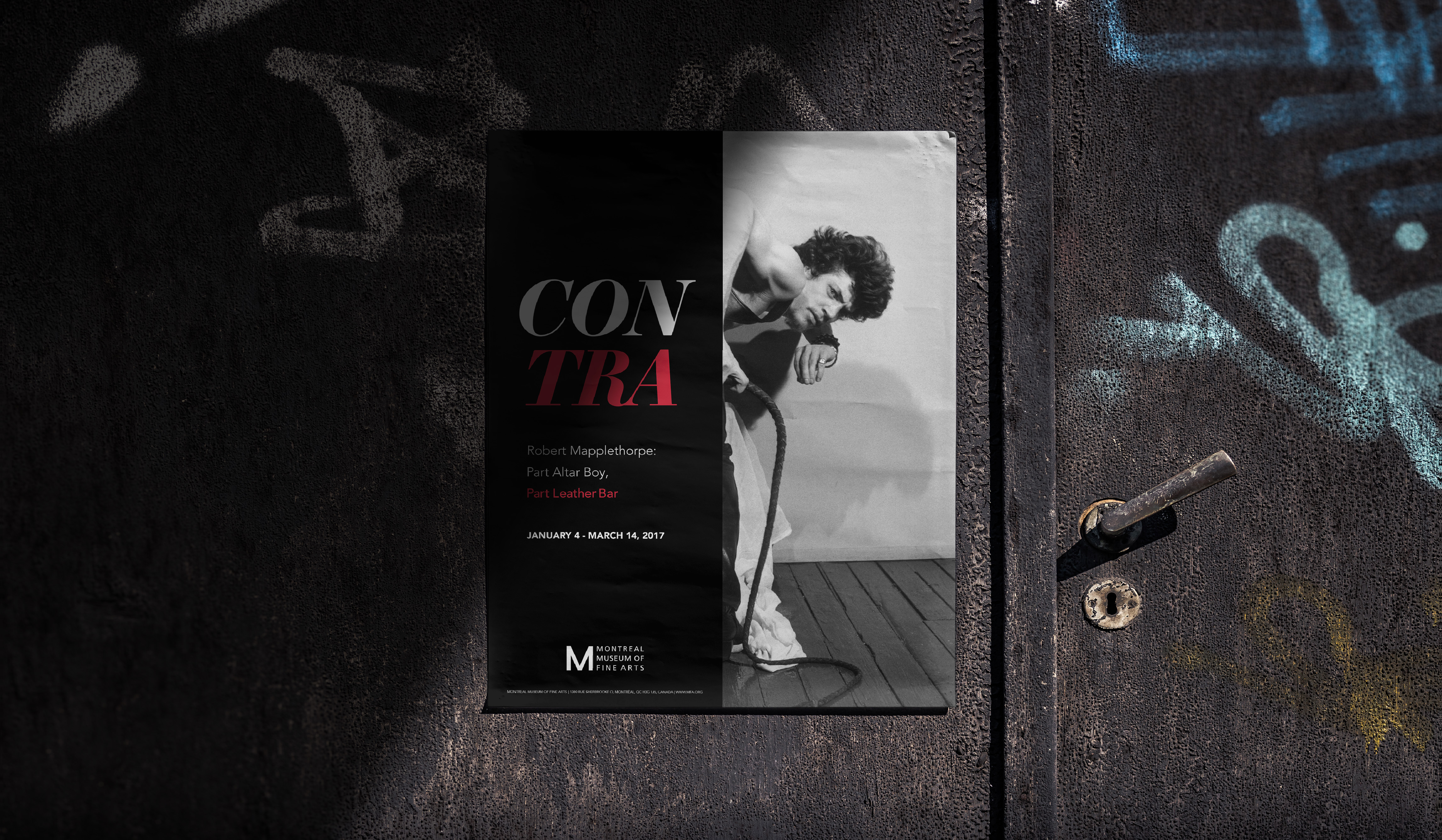 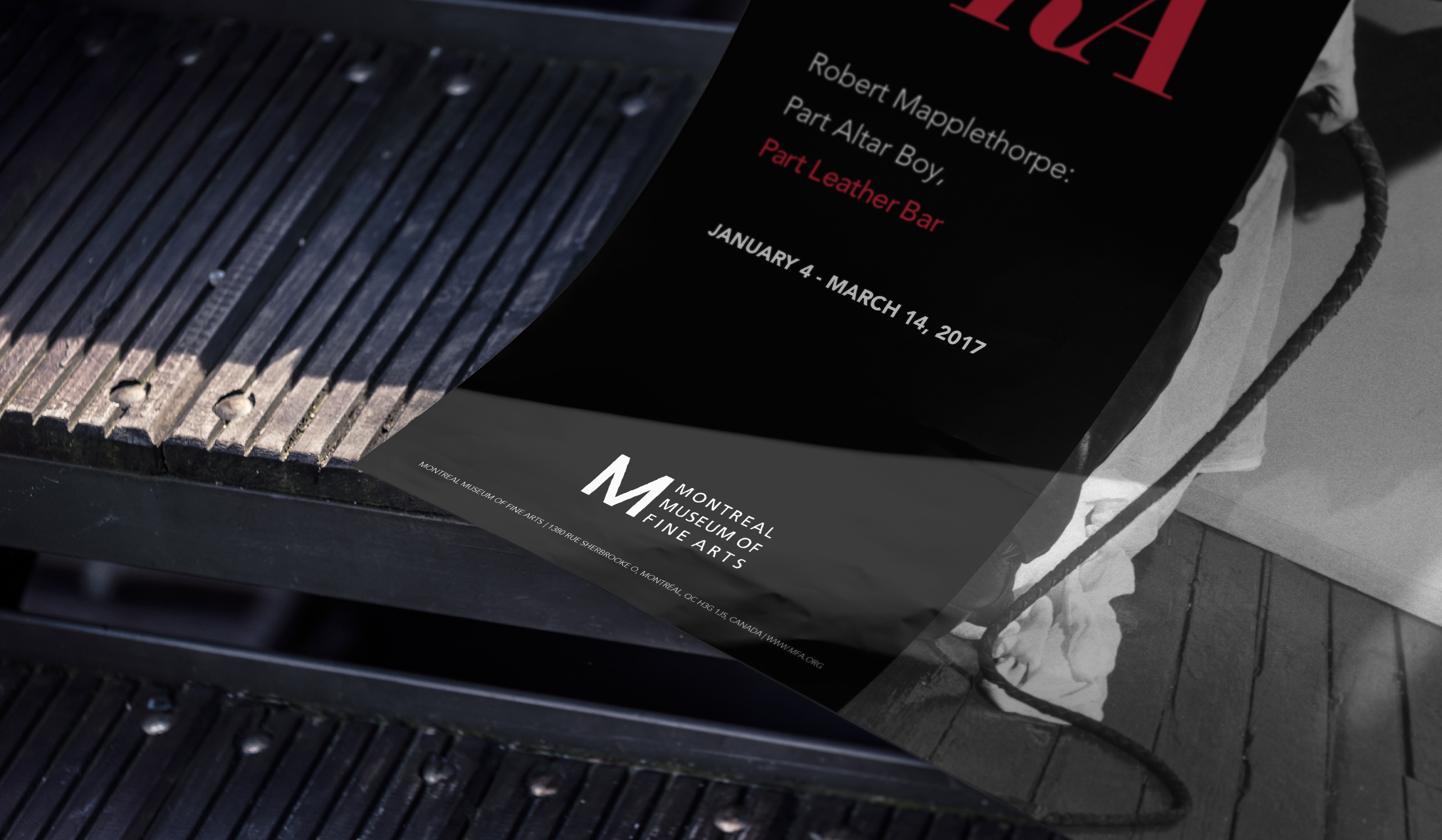 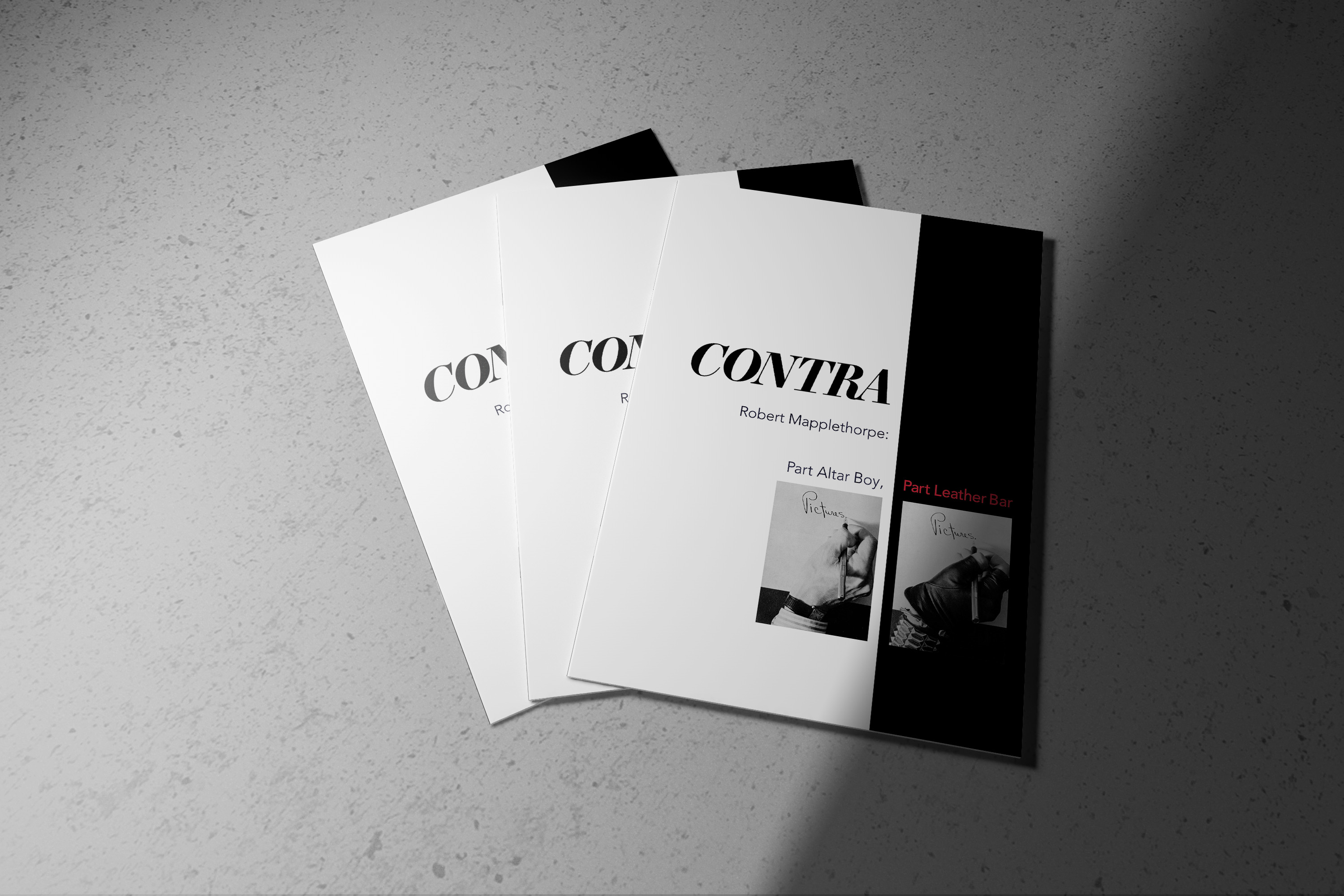 Mapplethorpe was known for his attraction towards what the public considered inappropriate or obscene. He was part of the underground leather scene of the 80's and this taboo culture shaped his subject matter. His goal was to shock the public with his tasteful but uninhibited depictions of the human body. 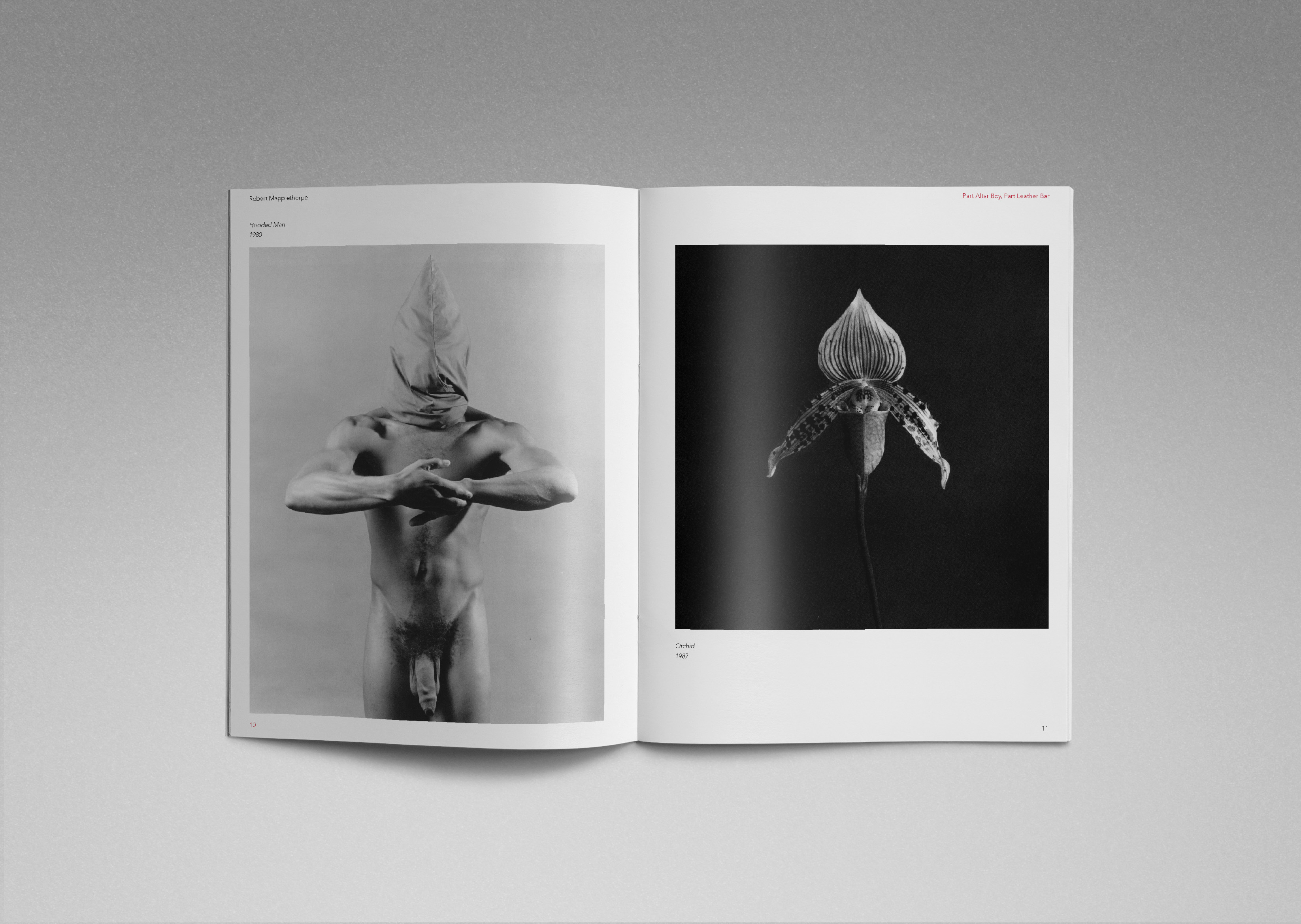 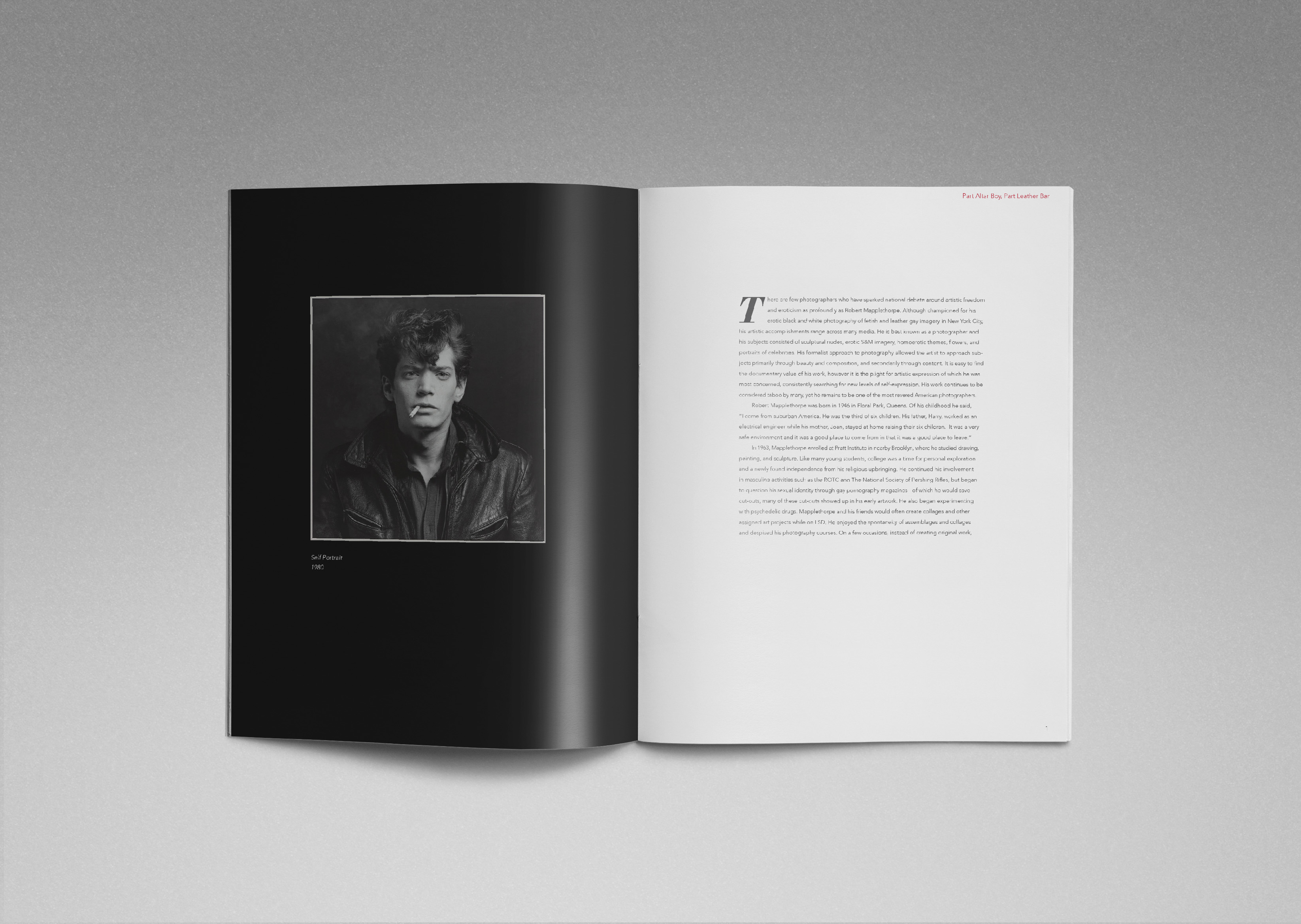 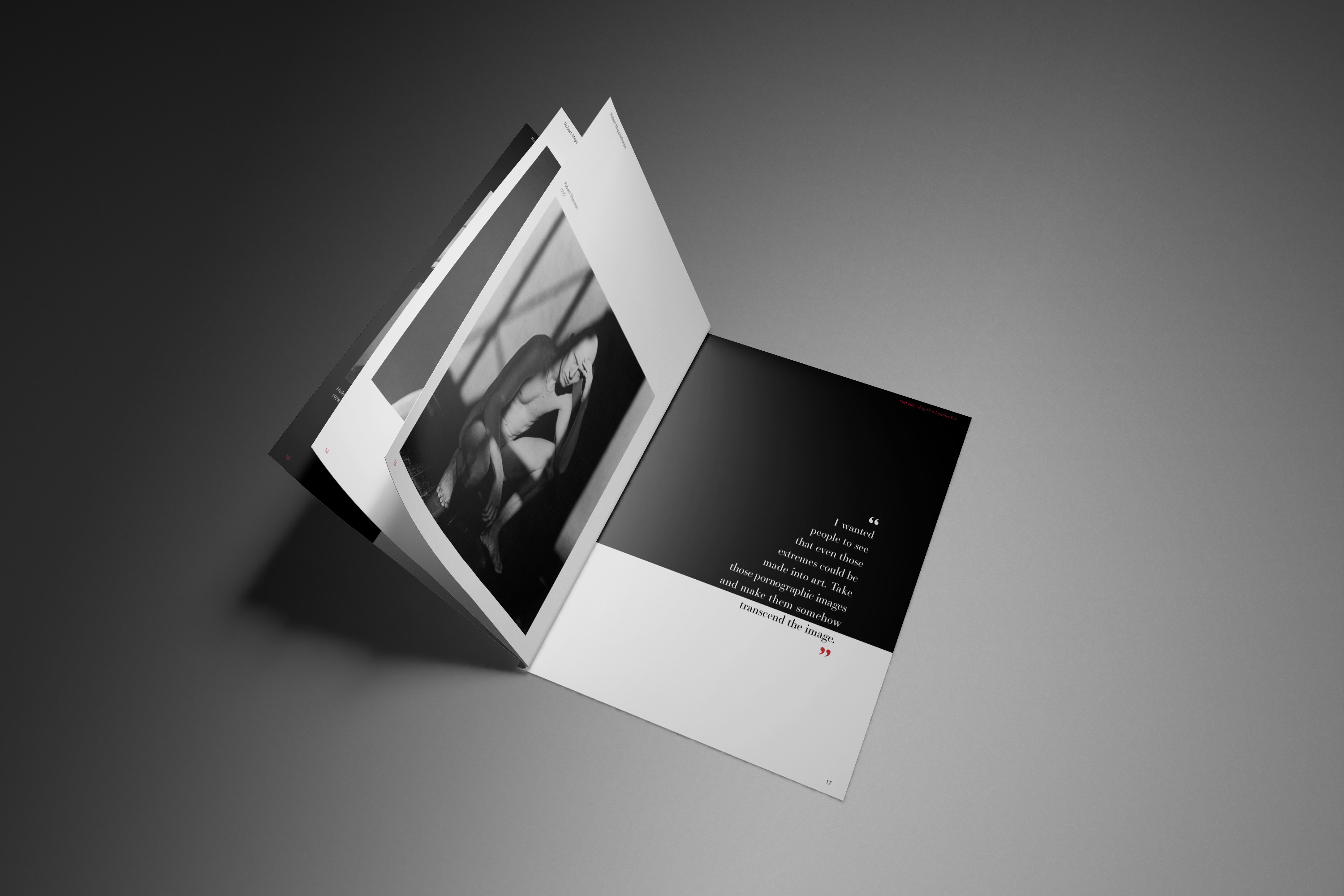 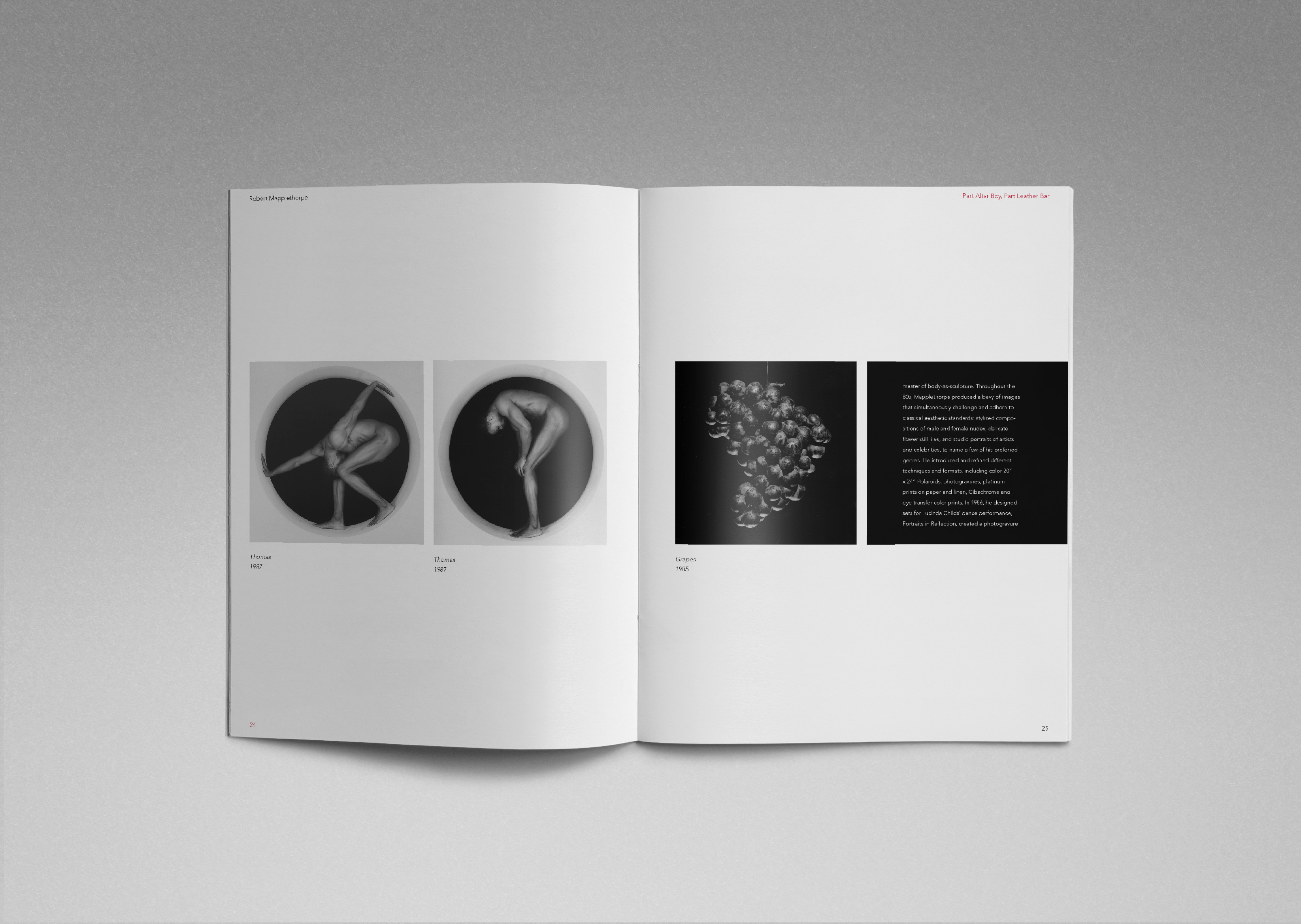 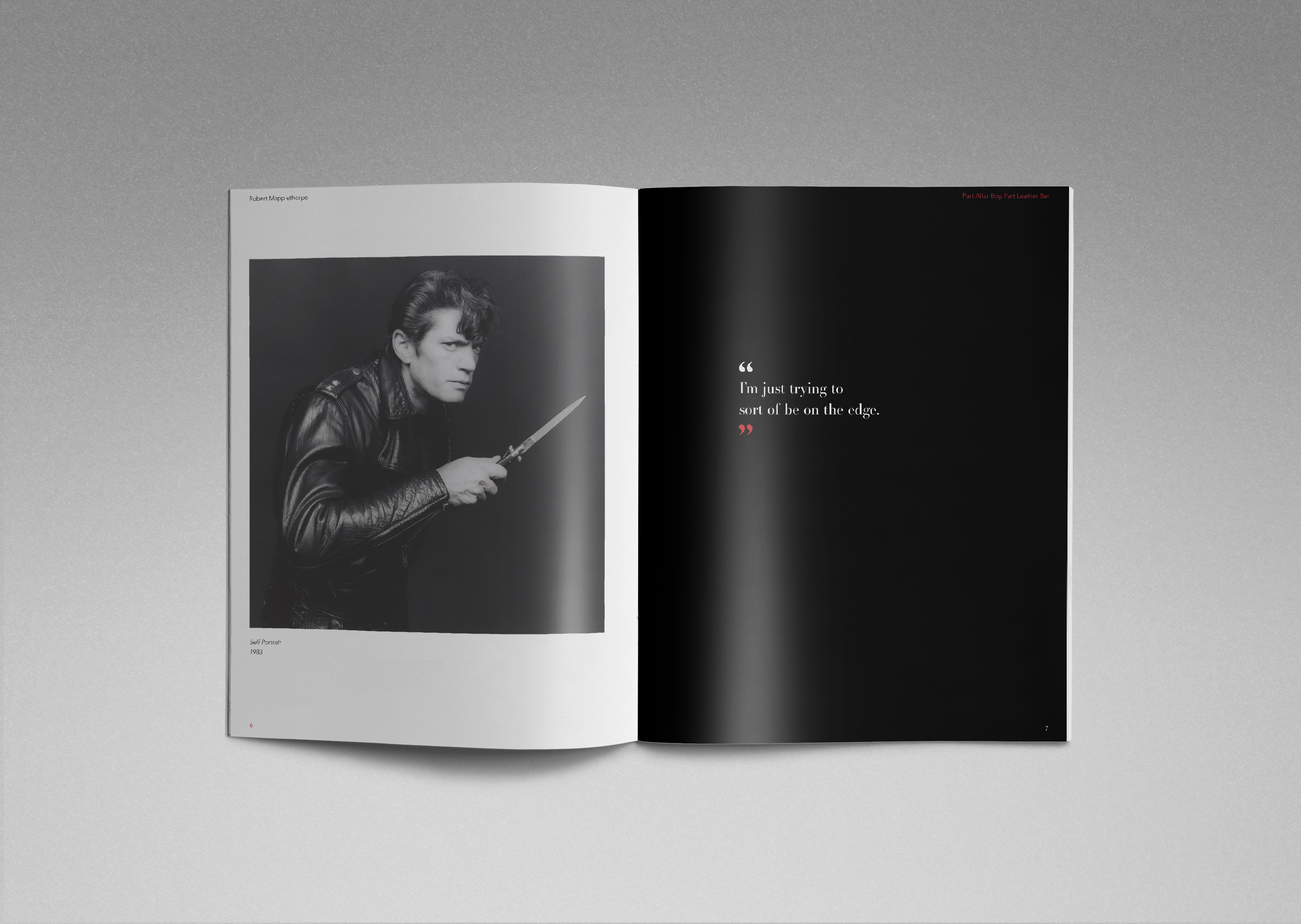 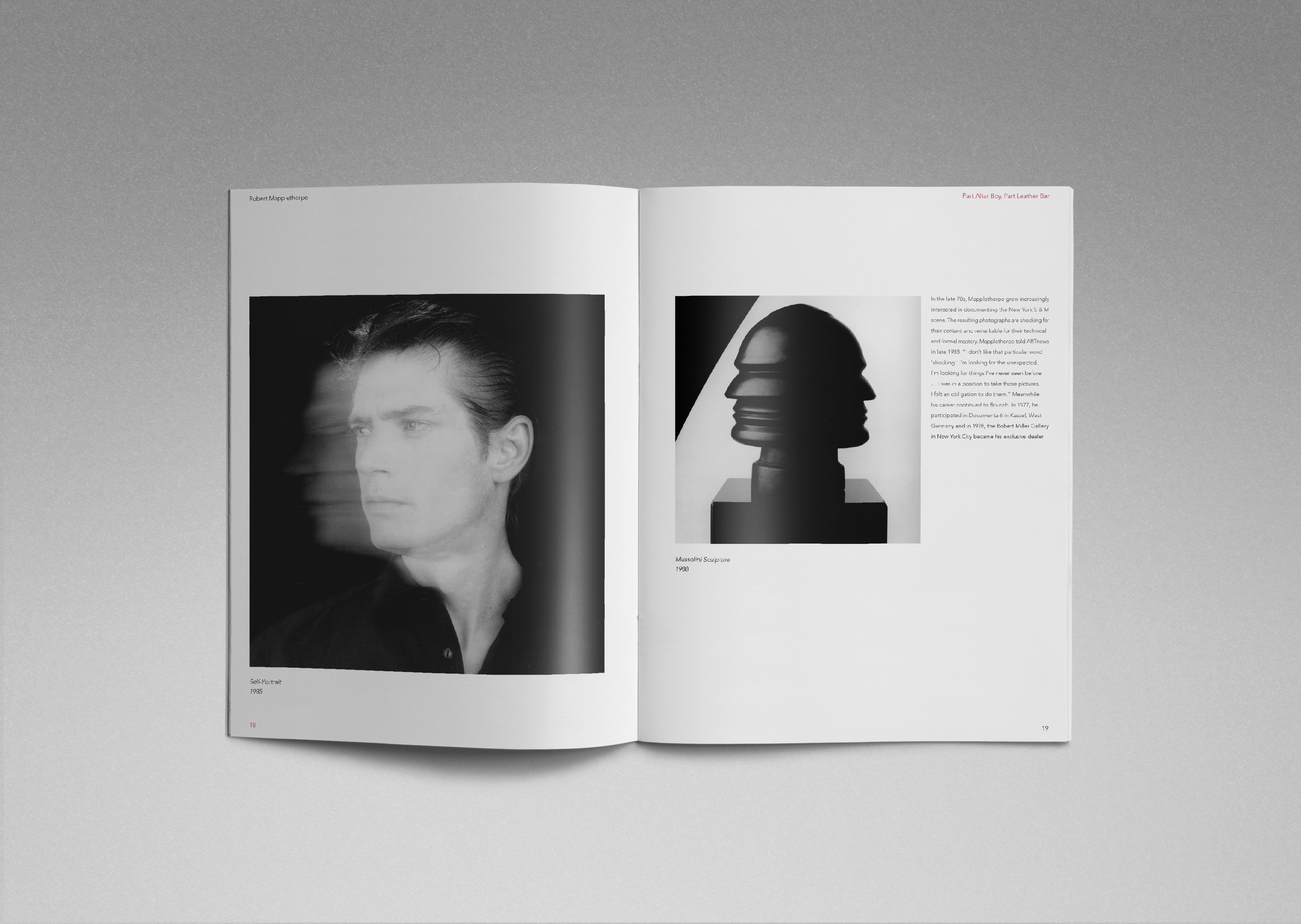 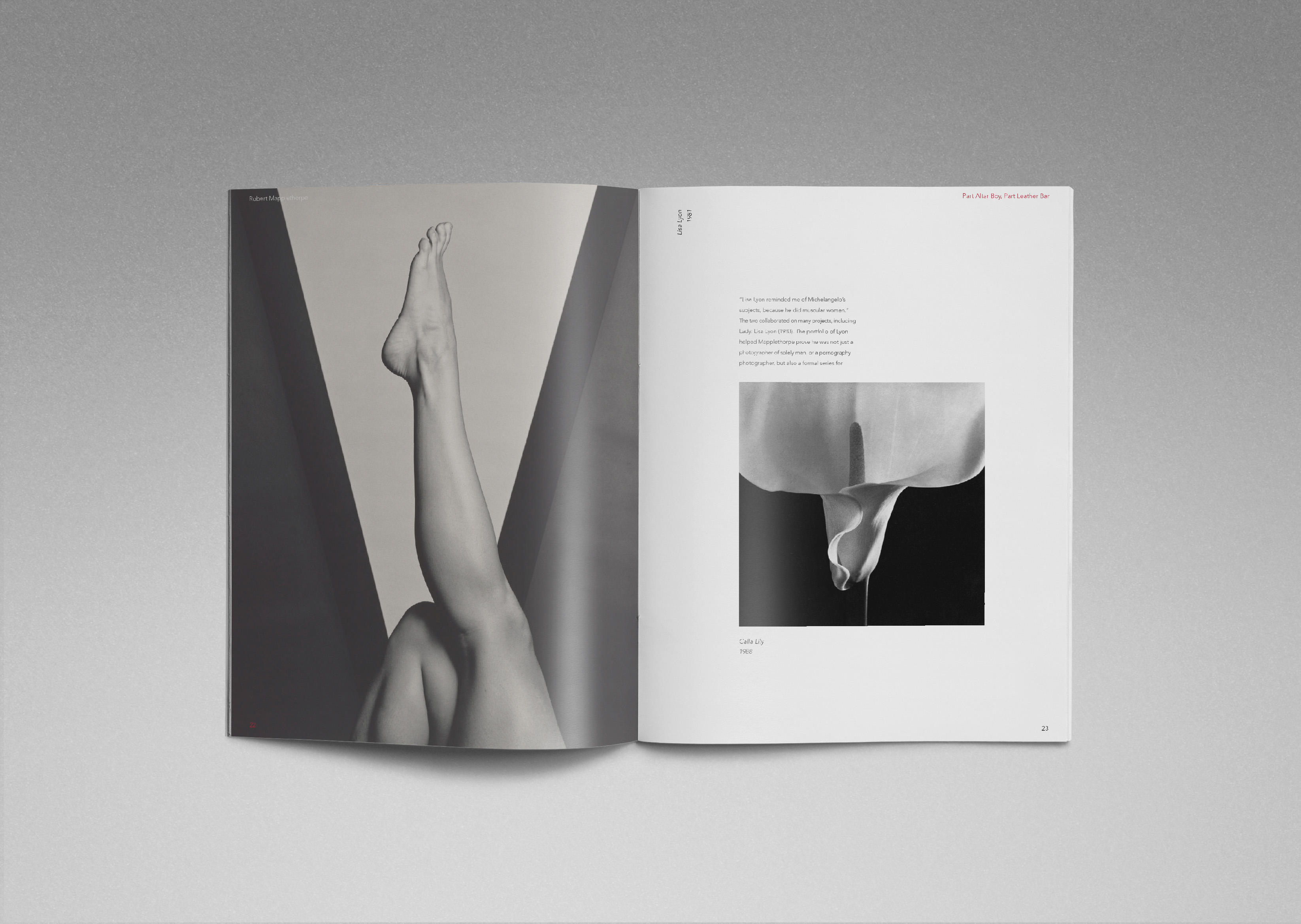